In March 2016, Jess McVicar, spokeswoman for the Sensible Sentencing Trust was interviewed on TVNZ’s Breakfast programme. She gave her feedback on the proposal to change the jurisdiction of the Youth Court to include young people aged 17 years of age.

Adamant that she knew exactly what she was doing at 17, Ms McVicar suggested that young people of this age would be more likely to change their offending behaviour if they were dealt with in the adult court – that the offending behaviour of 17 year olds would be curbed through “a bit of a scare”. 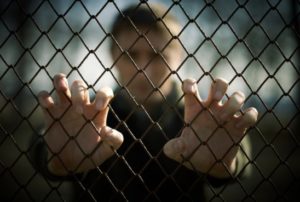 The youth justice system in New Zealand is world class. It is based on a model of restorative and therapeutic justice, holding young people to account for their behaviour whilst striving to help them address the underlying issues that manifest in offending.

For the last 10 years, I have worked within this system. In the last 12 months, the Vodafone Fellowship has released me to focus on my passion: young people within the legal system and the issues that they face understanding the language associated with that journey.

I’ve had a bit of a scare! The processes within our youth justice system that are designed to be restorative often fall at the language hurdle. Well intentioned agencies and dedicated youth justice professionals fail to account for the fact that the majority of young people we work with have a significant and identifiable problem with oral language.

He sat across the table from me in the classroom. I asked him how his court appearance went. “All guds… [pause] – but what does ‘guilty’ mean?” [16 year old]

A “significant and identifiable issue with oral language” describes young people who struggle to understand what people are saying to them and to express themselves.

Research indicates at least 60% of young people within the youth justice system have oral language problems. Youth justice professionals that I have encountered around New Zealand put the figure much higher – “ALL the young people I work with have problems with language.”

Issues with oral language don’t start when a young person is arrested. The developmental work vital for oral language competence should have started 17 years previously in the context of whanau relationship. Bonding, attachment, developing language, turn-taking, learning to relate to others, understanding the world of words and using words to express yourself effectively.

When these foundations aren’t established for whatever reason, problems with oral language result and children carry these issues into their ‘young person’ years. There is a strong association between behavioural difficulties and oral language difficulties.

Oral language is at the core of everything.

It is essential for relating, connecting, attaching, negotiating, belonging. Oral language is the foundation for reading text. Reading is assigning symbols to words that we first encounter through talking. If you struggle with oral language, chances are you will struggle with reading.

“They said I was being charged with ‘possession of instruments for conversion’. The only instruments I knew were musical ones – so I thought they were trying to charge me with a ram raid on a music shop… [15 year old]

Young people can struggle to remain engaged in a learning environment where they can’t understand what’s going on and where they keep getting into trouble for not doing what they’re told because they don’t understand. Young people get angry and frustrated, disengage and end up ‘expressing’ themselves physically, acting out and acting up? Stand down. Suspension. Exclusion. The cracks open up and they slip through.

It’s within this system that I am seeking to affect change. Training youth justice professionals to recognise these issues. Developing an oral language assessment tool for use in the justice system. Assisting agencies to help young people understand and express themselves effectively in the legal system.

“I was in my family group conference. They asked me if I felt remorse for what I did? I didn’t know if I did or not – I didn’t know what ‘remorse’ meant…” [15 year old]

A young person of 17 can’t legally drink alcohol, buy a packet of smokes, get married without parental consent, vote in elections, buy an Instant Kiwi ticket or get a credit card. We understand that a 17 year old is still developing the necessary insight to be able make certain decisions? We seek to protect them until that maturity is more likely to have emerged.

Why then would we demand that a 17 year old be treated the same as a mature adult when it comes to the law? And as a majority of 17 year olds in the legal system have a significant issue with oral language, consigning them to an adult process doesn’t deliver justice – for them, or the victims of their offending.

He sat across the table from me. Eighteen months on remand. I asked him: “When is your next hearing?” He asked me “What’s a hearing?” [25 year old]

It is appropriate that 17 year olds be included within the youth justice system, a responsive and developmentally appropriate system that is the most effective context for young people who offend.

When a 17 year old offends, “a bit of a scare” won’t do them, their victim or the community any good. The scare suggested by Ms McVicar can actually end up reinforcing the actual thinking and behaviours it is trying to curb.

A 17 year old who offends needs a place where needs are acknowledged and addressed so that they understand and engage, take responsibility for their actions, address offending behaviour and head toward a different future. That place is Youth Justice! 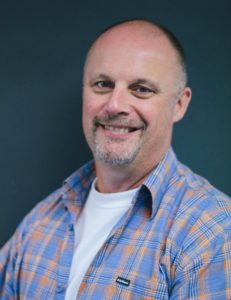